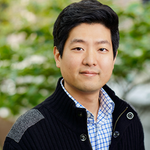 Are Millennials Leaving Cities? Yes, But Young Adults Are Not

Are millennials leaving cities? Yes, they are. In fact, even before the COVID-19 pandemic, millennials moving into their prime homebuying years were increasingly choosing homes in suburban locations.

Are young adults leaving downtown? No, they are not. The number and share of young adults in urban neighborhoods have gradually increased in recent years. These seemingly contradicting facts are because age and birth cohort are two distinct concepts, a difference I explore in “Are Millennials Leaving Town? Reconciling Peak Millennials and Youthification Hypotheses,” a new paper that builds on work I did while at the Center.

Millennials have received a great deal of attention in recent years, as their nearly 90 million members and unique characteristics have the potential to reset and reshape our society. Arguably, one of the changes that this generation has brought about, or at least has accelerated, is urban revival. In recent decades, many city centers experienced a resurgence, and the concentration of young adults in urban centers was one of the major drivers. However, as millennials age into their 30s and 40s, their urban presence may have peaked and could decline further. Given that the concentration of millennials boosted city growth, their reverse migration was interpreted as a loss of that momentum, and perhaps even an urban exodus, that only accelerated after the COVID-19 outbreak.

The findings of my paper suggest that this is not the case. Using American Community Survey (ACS) microdata, the paper revisits and updates my previous analysis with additional years of data, focusing on the changing geographic distribution of young adults 25–34 years old and millennials (born 1981–2000) across the largest 50 Metropolitan Statistical Areas (MSAs), smaller MSAs, and non-MSAs. While some big cities like New York and Chicago recently experienced population decline, the top 50 metros in aggregate have attracted greater shares of young adults and millennials over time. The share of late millennials (born 1991–2000), who were in primary and secondary school in earlier years, has risen in large metros in recent years as the oldest members began to enter college, enter the workforce, etc.

Note: The US Census Bureau reviewed this data product for unauthorized disclosure of confidential information and approved the disclosure avoidance practices applied to this release. CBDRB-FY21-POP001-0026.

Source: Author’s analysis based on the 2006–2019 American Community Survey Internal Use Microdata.

The paper also examines how population distribution has changed in the top 50 MSAs, between urban and suburban neighborhoods. To determine this, I analyzed the share of the top 50 MSA residents within a one, three, and ten mile radius from city centers, by age or generational group. While the share of residents of all ages in urban areas slightly declined in 2006–2019, consistent with recent reports, the urban share increased among young adults (25–34 and 35–44), suggesting that their demand for urban living has not substantially changed.

Otherwise, the urban share of early millennials, who were 16–25 in 2006 and 29–38 in 2019, grew rapidly from 2006–2010 and plateaued until 2015, after which it gradually fell as they began to migrate to the suburbs (10+ miles from city centers). However, the urban presence of the late millennials has increased as they aged from 6–15 to 19–28 years during the period. Therefore, it’s true that the oldest millennials are moving away from cities, but an increasing number and share of young adults, including many late millennials, could be found in those urban centers at the same time.

Note: The US Census Bureau reviewed this data product for unauthorized disclosure of confidential information and approved the disclosure avoidance practices applied to this release. CBDRB-FY21-POP001-0026.

Source: Author’s analysis based on the 2006–2019 American Community Survey Internal Use Microdata.

These findings explain what is happening in cities and suburbs from both an age and generation perspective and indicate that there will be more millennials and even post-millennials interested in moving to the suburbs. When that happens, the millennial migration to the suburbs could have a significant impact, much like the baby boomers did in the 1970s and 1980s. However, this doesn’t necessarily mean the end of cities. The demand for urban living will not disappear; there will still be a sufficient number of millennials, especially well-educated singles, who will choose to remain in their 30s and 40s, and post-millennials, who will prefer to spend their 20s in urban centers. Policymakers and community leaders should continue their efforts to capitalize on these demographic changes to build sustainable and healthy communities, and meet diversifying demands.