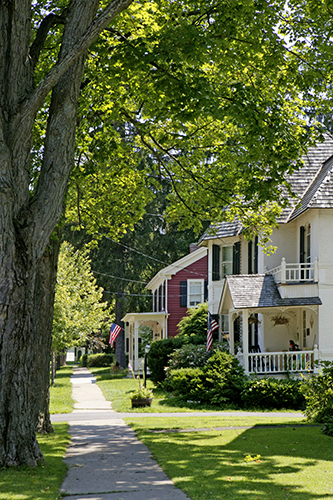 In April 2013, the Center hosted a two-day symposium at Harvard Business School, supported by the Ford Foundation, Bank of America, and NeighborWorks America, examining lessons learned from the housing crisis on sustaining homeownership for low-income and minority families. Attended by nearly 100 policymakers, industry leaders, housing advocates and scholars, the event reexamined the goals of homeownership and its risks and rewards; explored the role of government in supporting homeownership and how we might balance affordability, access, and risk; and deliberated how homeownership can be made more sustainable over time.

The ups and downs in housing markets and homeownership over the last two decades are without precedent. Though the millennium began with the highest homeownership rate the nation has ever seen, it was followed by a half-decade scourge of devastating foreclosures in which millions, particularly low-income people and minorities, have seen their hopes of building wealth through homeownership dashed. The costs – financial, psychological, and social – have been enormous. Yet even in the aftermath of these dramatic events, and despite headlines proclaiming the death of homeownership in the U.S., Americans overwhelmingly still aspire to homeownership. And though the downturn took a particularly hard toll on homeowners of color and those with low-incomes, many advocates still view access to homeownership as an important part of a strategy to build wealth among historically disadvantaged groups.

The symposium was built around 15 papers commissioned from leading scholars and industry experts. Papers from the symposium were published in the book, Homeownership Built to Last.

Many of the papers are also available on our website: