House by House, Block by Block: The Rebirth of America's Urban Neighborhoods

For sixty years, federal policy has attempted with little success to solve the problems of housing and poverty in America's inner cities. Against all odds, local organizations picked up where Washington has left off. In a series of dramatic and colorful narratives, Alexander von Hoffman shows how these groups helped revitalize once desperate neighborhoods in five major cities: New York, Boston, Chicago, Atlanta, and Los Angeles. Based on years of research and more than a hundred interviews, this book is the first systematic account of the dramatic urban revival that took place in the United States. 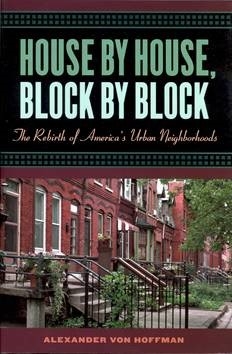