The Role of the Implied Guarantee Subsidy in FHLB Membership: Beautiful Politics but Ugly Policy 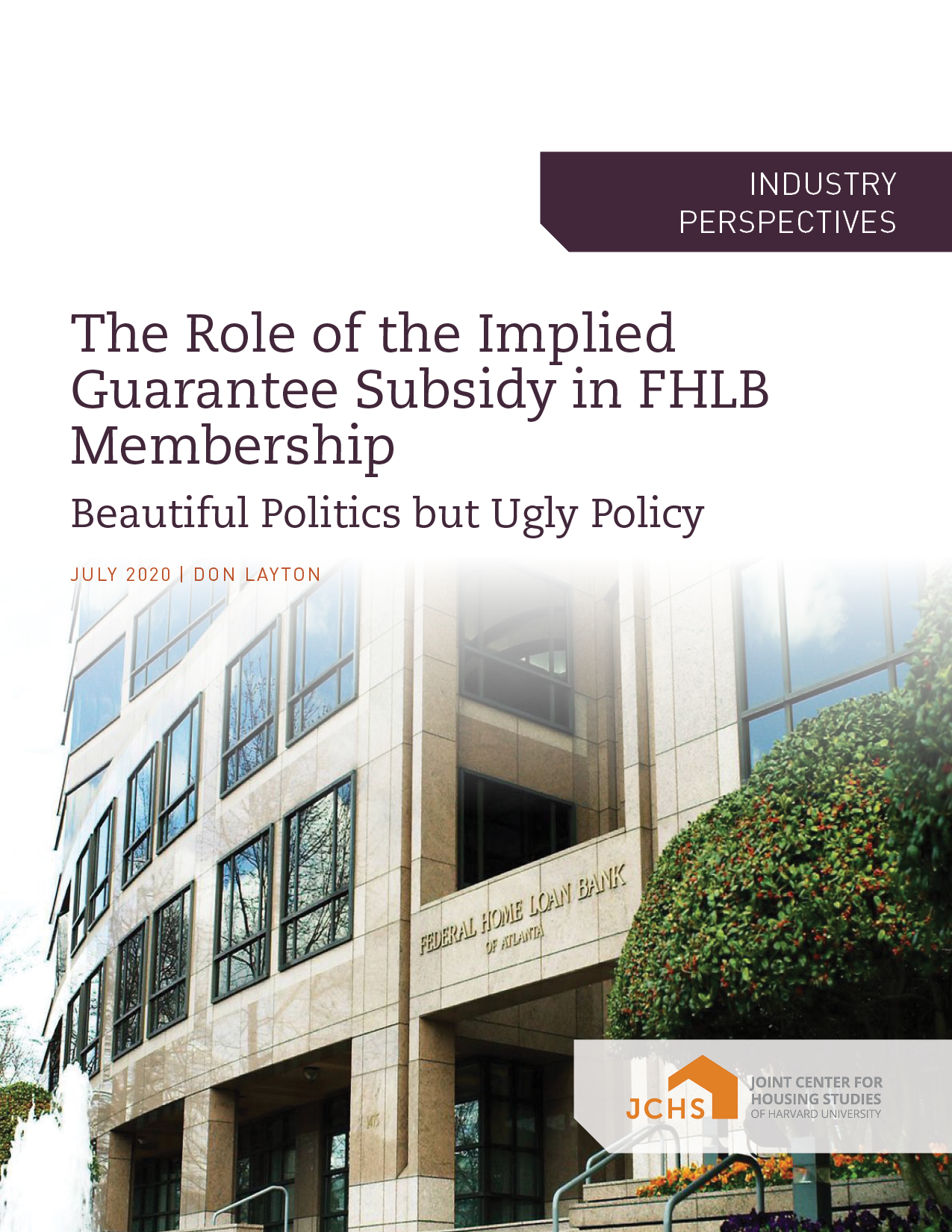 The Federal Home Loan Bank (FHLB) system consists of eleven regional banks that are cooperatives owned by their members, which their congressional charters currently specify can include commercial banks, thrifts, credit unions, insurance companies and certain other organizations. Because of the government support to their borrowings, the advances are low cost compared to the regular market rate funding available to the member-owners. The original focus of the FHLB system, as implied by its name, was on mortgage lending and mortgage-centric financial institutions that were not eligible to be members of the Federal Reserve system (i.e., it excluded commercial banks, which were eligible); such institutions were in great distress at that time, as the Great Depression got into full swing. Since then, as Don Layton describes, the system has undergone material mission creep.

Layton argues that the real story of FHLB membership expansion is a scramble to get in on one of the largest and most politically attractive subsidies from the taxpayer available to the mortgage industry today: under-market-rate funding to routinely carry mortgage assets, which is worth billions of dollars per year. The FHLB subsidy stems from the implied guarantee of its debts by the US government; that subsidy is alive and well – and growing – at the FHLBs today. This paper lays out the consequences of this subsidy, its implications for the taxpayer, and recommendations for the FHFA's regulatory action going forward.