The Path of GSE Reform: Still Very Uncertain, and Not Just Because of the Elections 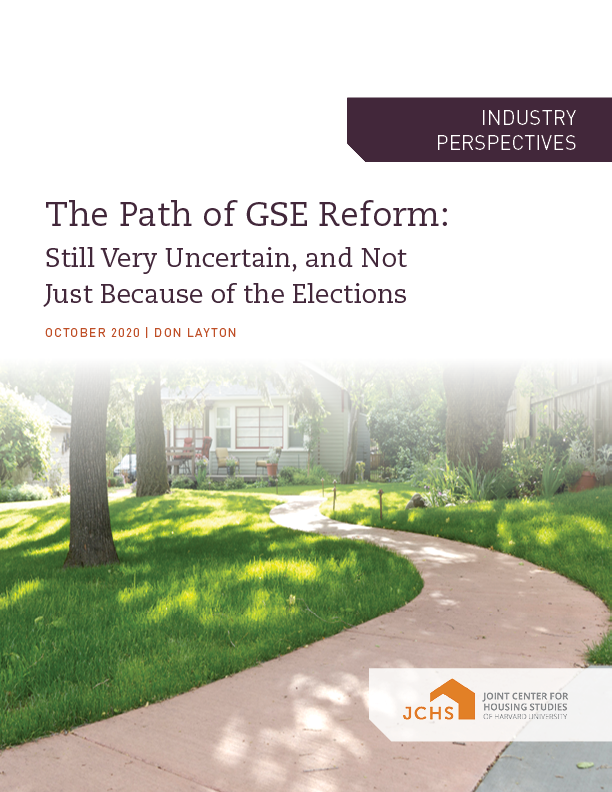 Today, more than twelve years into conservatorship, the path forward for the reform of Freddie Mac and Fannie Mae, the two government-sponsored enterprises (GSEs), is in some ways again as uncertain as it was five or ten years ago. After a decade-plus of debate in think tanks, the mortgage industry, academia, Congress and two presidential administrations, and the introduction of many competing bills in Congress to reform housing finance (which usually meant just dealing with the two GSEs), the government at long last seemed to be implementing a chosen path. Specifically, starting in September 2019, the Trump administration began the process of the two GSEs exiting conservatorship and being recapitalized “by administrative means” (i.e., without any new legislation), but with the clear intention of keeping in place key reforms developed during the GSEs’ conservatorship since 2008.

Unfortunately, the Trump administration simply started the process late, with only about one and one-third years left in its term, so it will not be able to complete many key requirements for conservatorship exit and full re-capitalization until a possible second Trump administration, which is far from a certainty based upon today’s election polls.