The Homeownership Rate and Housing Finance Policy – Part 1: Learning from the Rate’s History 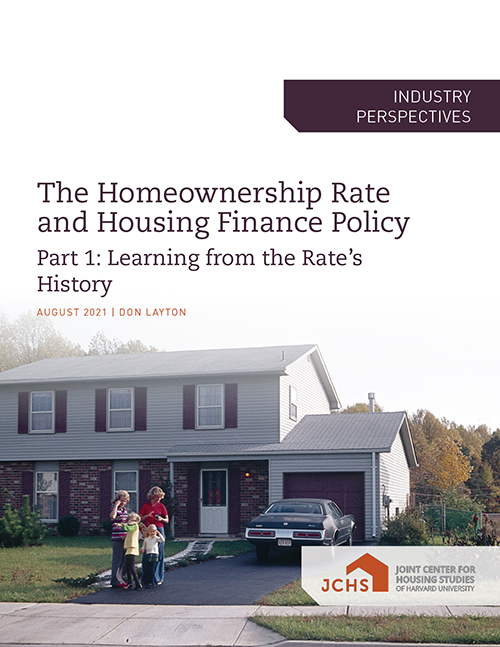 The homeownership rate, among the thousands of statistics that the government produces to describe the country’s economic and social health, has an exalted place among policymakers in Washington. This single statistic – currently running about 65 percent – is regarded as one of the most important comprehensive measures of how well the country’s socioeconomic system is “delivering the goods” for the typical American family. A high homeownership rate reflects that many families have income large enough not only to cover monthly living costs but also to generate enough cash surplus to save for a downpayment and then to sustain homeownership. It also indicates that the cost of purchasing a house and financing a mortgage on it is affordable.

Not surprisingly, politicians and policymakers are therefore often focused on pushing the homeownership rate higher. As a participant in the housing finance policy community since 2012, when he became CEO of Freddie Mac, Don Layton heard often how crucial housing finance was in creating the much higher rate of homeownership that evolved after World War II – roughly 65 percent, compared to less than 50 percent prior to the Great Depression. Unfortunately, despite decades of the government’s implementing various programs in housing finance aimed at increasing the sustainable rate of homeownership, it remains today at almost exactly the level achieved over fifty years ago – about 65 percent. In this paper, Layton examines the history of the US homeownership rate over the period 1890-2021, examining the reality of what has happened in the past (in this Part 1) so as to discover what might be possible to do in the future (to follow in Part 2) that would, finally, successfully significantly increase the homeownership rate.