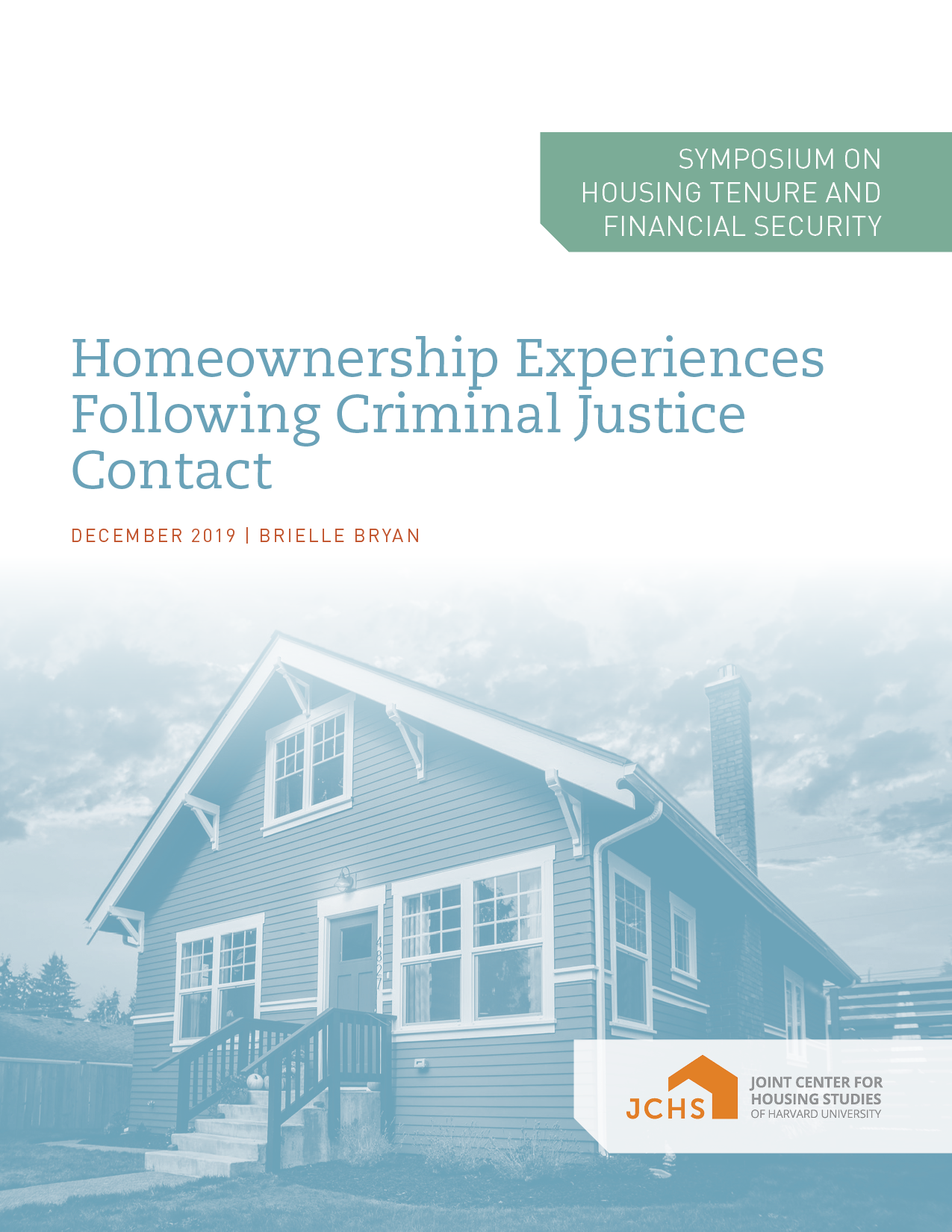 This paper was originally presented at a national Symposium on Housing Tenure and Financial Security, hosted by the Harvard Joint Center for Housing Studies and Fannie Mae in March 2019. A decade after the start of the foreclosure crisis, the symposium examined the state of homeownership in America, focusing on the evolving relationship between tenure choice, financial security, and residential stability.