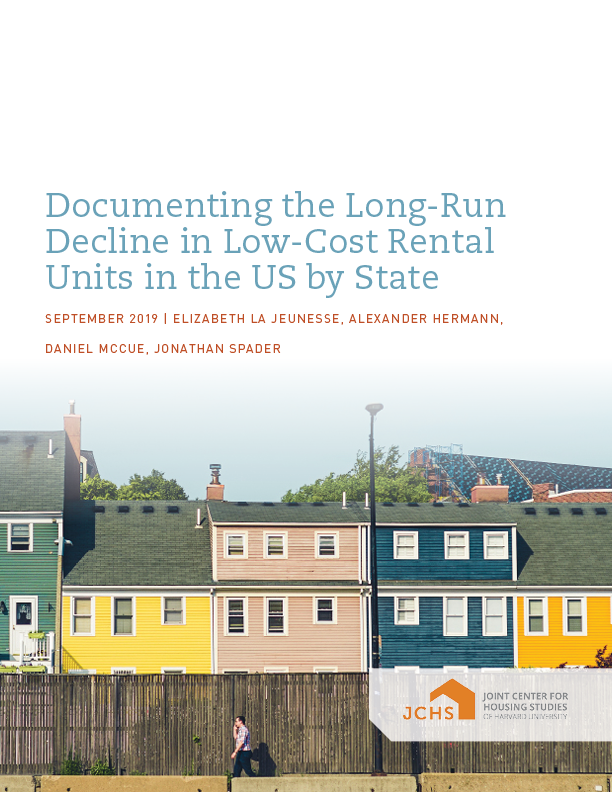 Housing affordability has been a growing concern across the US over the past three decades. Indeed, between 1990 and 2017, the number of units renting for under $600 inflation-adjusted per month (the maximum affordable rent for a household earning $24,000 per year) dropped by nearly 4.0 million. The drop brought down the share of low-cost units at this rent level from fully 46 percent of the rental stock in 1990 to just 25 percent by 2017. Across the US, low-cost units (defined at various rent thresholds) were a declining share of the housing stock in every state, while all but a few states also had declines in the absolute number of low-cost units—highlighting an upward shift in the distribution of rental units. This paper shows the extent and timing of declines in the low-cost rental stock by state and for the nation. Low-income renters are particularly impacted by diminishing low-cost supply, as evidenced by a strong correlation at the US state level between the extent of losses of low-cost rentals and rising housing cost burdens for low-income households between 1990 to 2017.