The Digital Entrepreneur’s Future Impact on the Housing Cycle 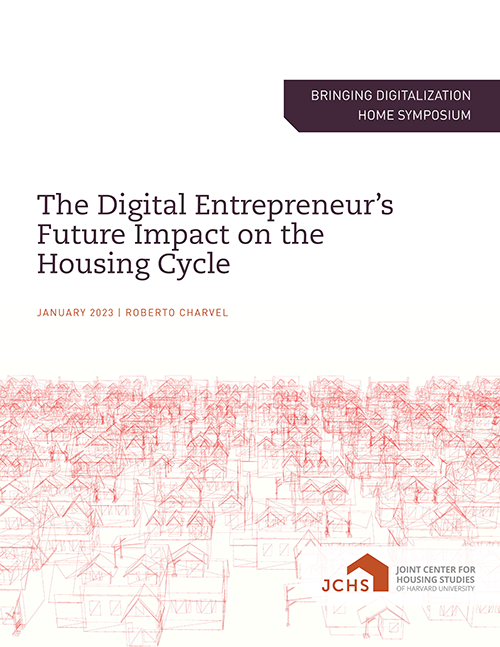 Digitalization alone is not the driving force behind the changes in housing and real estate. The driving force is innovation brought to the sector by the fresh approach of entrepreneurs fueled by venture capital. Digitalization is a tool or language used by new players who utilize software platforms to change the ways we interact with the world. Through this two-day symposium, I was impressed to see the academic interest in how technology is changing the world around us. There were many well-thought-out analyses that showed concern about the ways that new companies have not fulfilled their full potential in helping to make housing more affordable for all.

However, unlike other participants, I have only published cases or academic articles in practitioners’ journals, and my experience with academia is clearly biased by the things I learned in business schools. Authors conducting research at business schools trust entrepreneurs and the funds backing them. In the business world, entrepreneurs are the heroes of the economy. Real entrepreneurs change industries, create jobs, and create the same or more output with fewer resources. Being regarded as heroes of the economy does not mean that entrepreneurs do not need to be regulated, but I believe it would be more positive if academics came from a place of trust, or at least gave entrepreneurs the benefit of the doubt.

This paper was presented as part of “Panel 2: How Is Digitalization Changing Investments in Housing?” at the symposium Bringing Digitalization Home: How Can Technology Address Housing Challenges?, hosted by the Harvard Joint Center for Housing Studies in March 2022.