Demystifying GSE Credit Risk Transfer: Part I – What Problems Are We Trying to Solve? 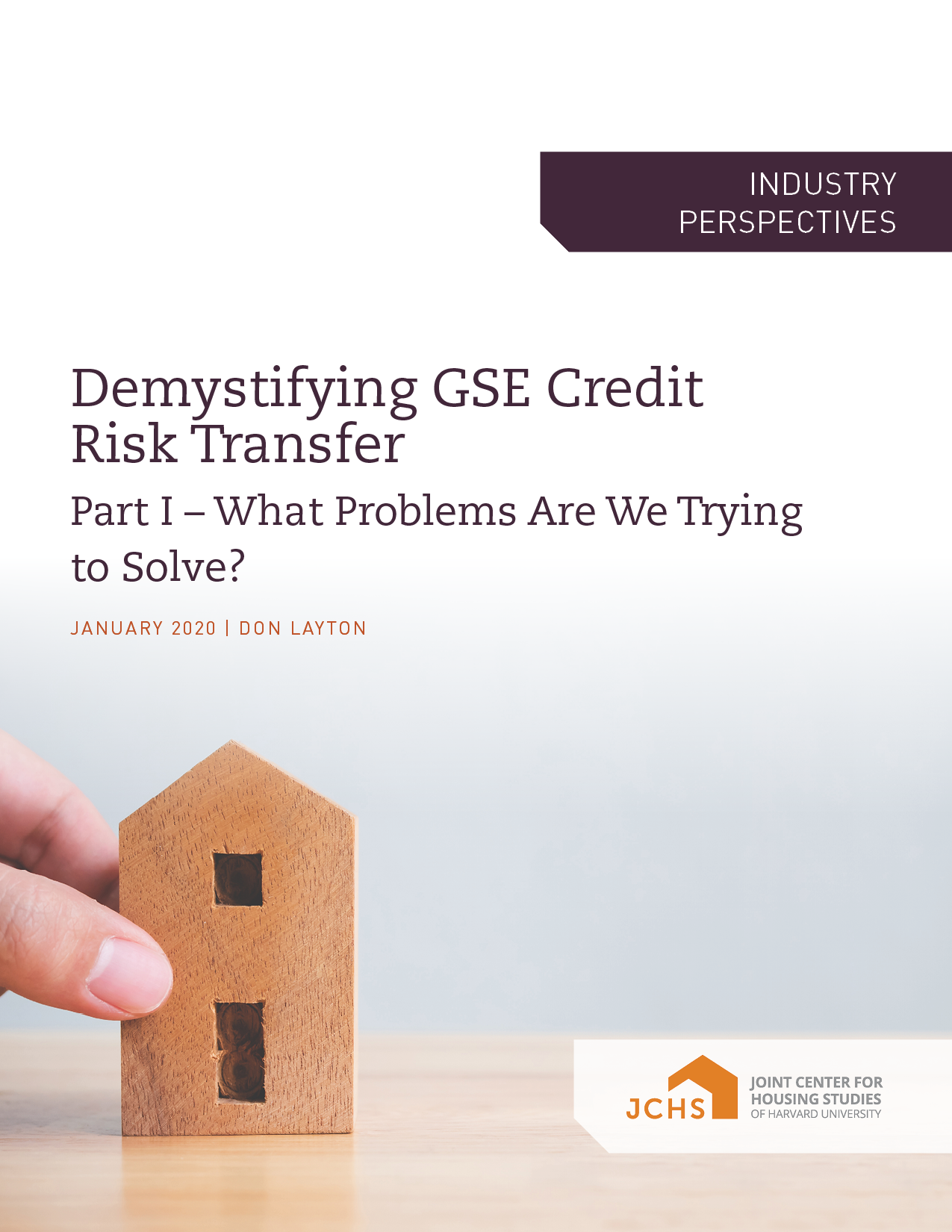 Fannie Mae and Freddie Mac, the two Government-Sponsored Enterprises (GSEs), are required by law to be residential mortgage monolines. However, after the 2008 Financial Crisis it became clear that they must also satisfy the policy objective of reducing the threat posed to the financial system’s stability by their multitrillion-dollar concentrated mortgage credit risk exposure. How can these apparently contradictory demands be met? The credit risk transfer (CRT) was pioneered by Freddie Mac in 2013 as a way of reducing systemic risk, as well as the degree of taxpayer exposure to GSE risk. Though it has played an increasingly important role in both GSEs’ operations, it is still not widely understood. In the first of three papers on this subject, Don Layton explains how CRT works, as well as the benefits it provides. In Part I, he argues that CRT materially addresses no less than five separate challenges facing the GSEs, resulting in the increased resilience and efficiency of the US housing finance system.