After a Decade of Debate about the Right GSE Reform Model, We’re Down to Two Choices 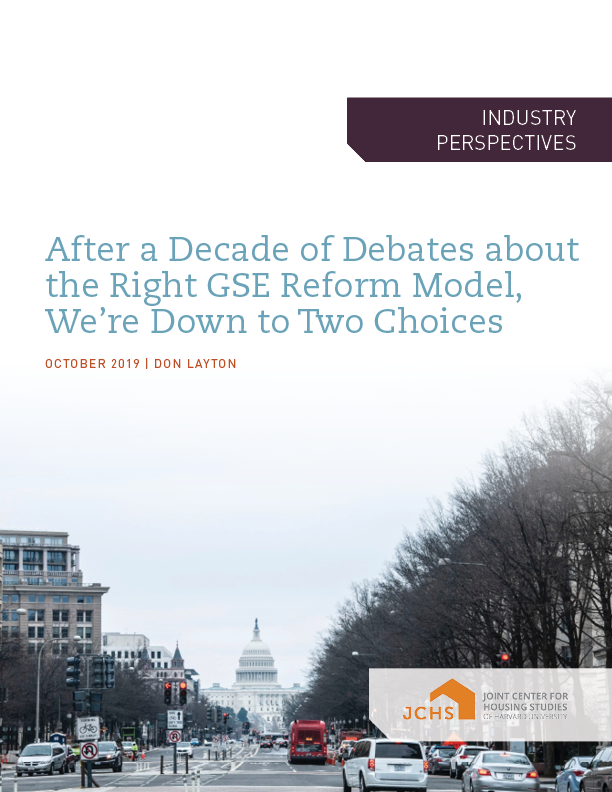 The housing finance policy community had thrown around all sorts of ideas about how to move forward after the two GSEs were placed in conservatorship in the 2008 Financial Crisis. In the early years of conservatorship, while many of these ideas were being developed and discussed, all of them looked to replace the two GSEs; in fact, it seemed the very definition of “GSE reform” in those years was designing a new housing finance system that would effectively replace Freddie Mac and Fannie Mae. Don Layton gives his own perspective on how the landscape of different ideas has narrowed down to two options; and, unexpectedly, how the two leading proposals for reform by legislation that are now under consideration build upon keeping the two GSEs as core to the housing finance system.