Piling Ever Higher: The Continued Growth of Student Loans 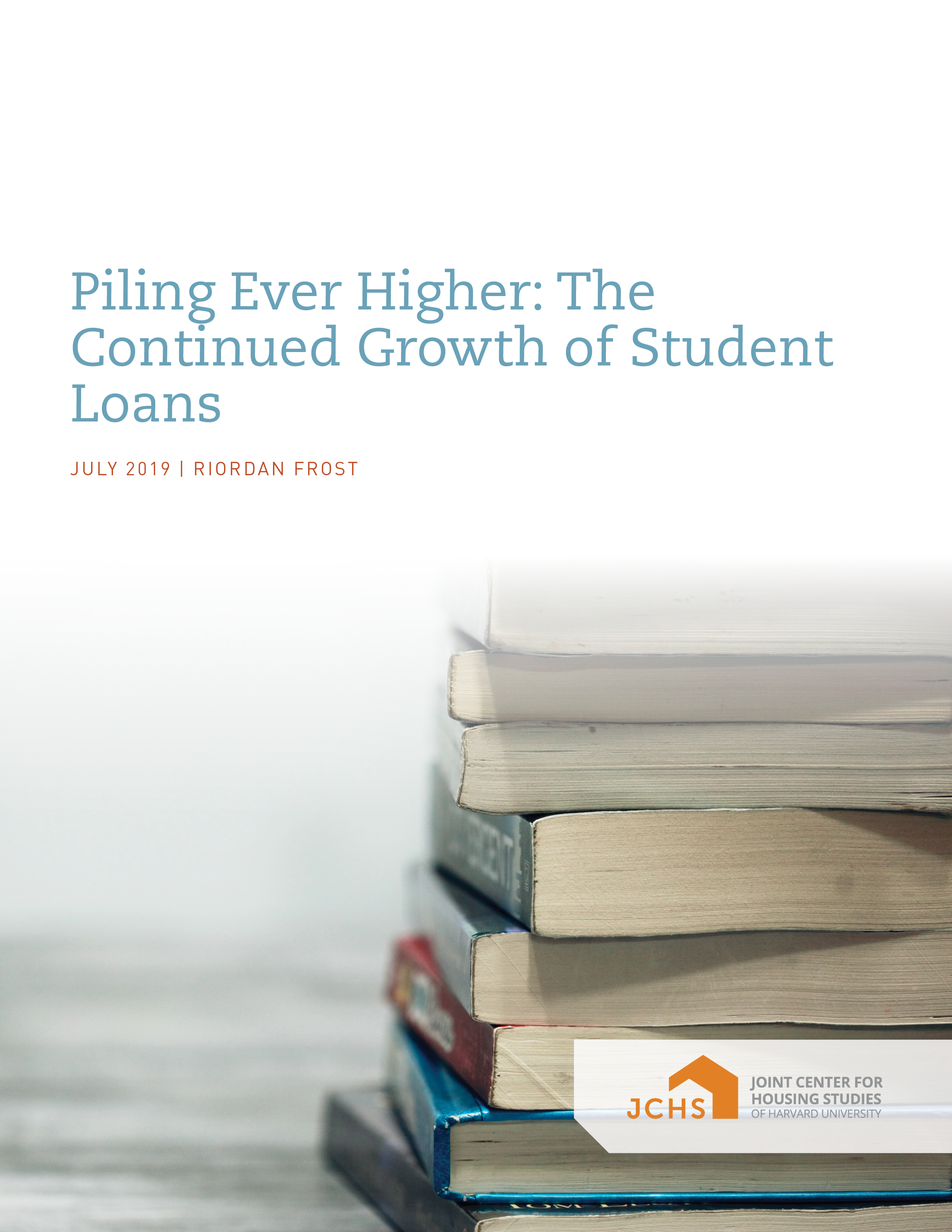 Perhaps surprisingly, the data also show that payment levels and burdens have not risen as quickly as total debt amounts, which suggests that borrowers have been opting for longer payback schedules with more manageable payment plans, which would help explain the increasing prevalence of student loan debt among older households. Many borrowers are not making payments, however, and for the first time in SCF data, the number of young renters with student loans who were not making payments in 2016 exceeded the number of young renters who were paying back their loans.