The State of the Nation's Housing 2015 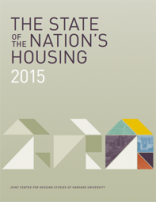 The US housing recovery lost momentum in 2014 as homeownership rates continued to fall, single-family construction remained near historic lows, and existing home sales cooled. In contrast, the rental market remained a bright spot, fueled by strong growth in renter households. With rents rising and incomes well below pre-recession levels, though, the number of housing costburdened renters set another record, far surpassing public efforts to provide affordable housing. And despite the rebound in much of the nation, a number of minority and low income neighborhoods remain severely distressed.

Our latest interactive maps show that a record number of American renters are feeling the strain of housing cost burdens. 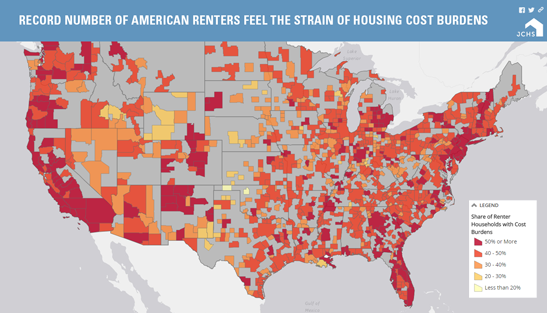 The State of the Nation’s Housing 2015 was released by live webcast from the Ford Foundation in New York on Wednesday, June 24 and you can watch the webcast on YouTube. The event featured a panel discussion with: