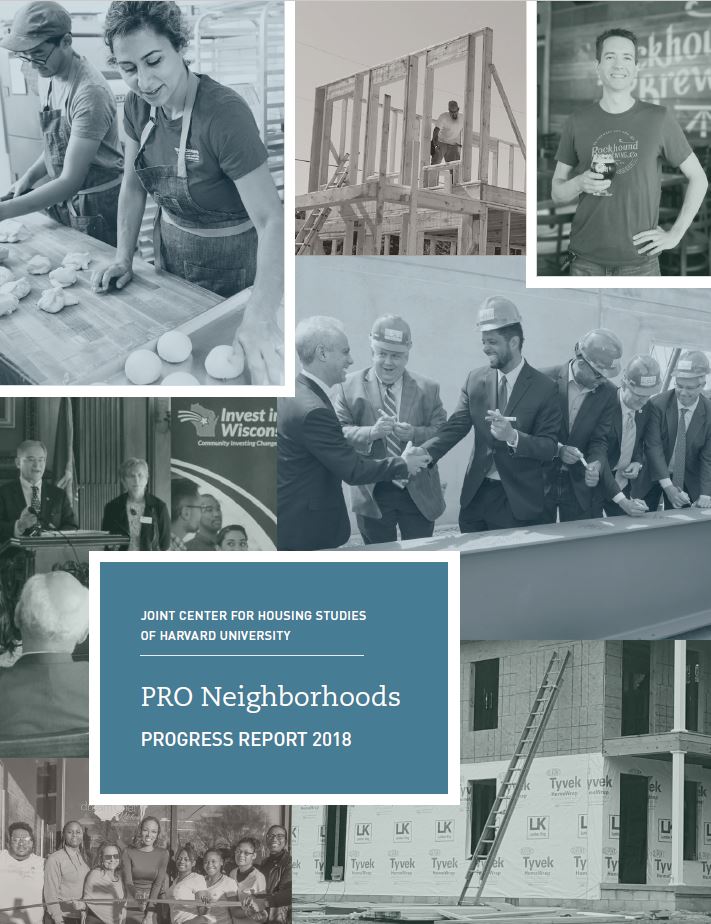 PRO Neighborhoods Progress Report 2018 presents an assessment of the program's first component, which awards funds to groups of CDFIs that collaborate to enhance social and economic opportunity for low- and moderate-income people and revitalize the distressed neighborhoods in which they live. CFDIs are banks, credit unions, loan funds, and other entities that deliver financial products and services to improve social conditions in distressed communities.

The PRO Neighborhoods CDFI initiative holds a competition each year and confers awards on groups of collaborating CDFIs that use innovative methods to solve problems in distressed neighborhoods. More particularly, this initiative has aimed to increase the flow of capital into underserved communities, support the growth of small CDFIs, foster innovation in programs and products, and demonstrate expandable models for community development. Now in its fifth annual round of awards, PRO Neighborhoods has issued more than $98 million in grants to 25 groups of collaborating CDFIs in communities across the country.

The first part of the report summarizes the accomplishments of the awardees of 2015, who have completed the three-year grant period, and of 2016, who have begun to see results from their projects. The second part of the report analyzes the awardees' progress toward meeting the goals of the PRO Neighborhoods program - in particular, how they have deployed capital, strengthened small CDFIs, fostered innovative ways of financing community development, and created promising models of CDFI collaboration. The final section of the report indicates the future direction of PRO Neighborhoods by describing the program's awardees for 2017 and 2018.