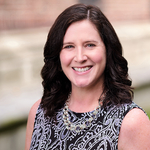 As we do each year, we asked our staff to recommend the books, shows, podcasts, and other content they enjoyed this year.

Two of my favorite novels of the year were about cooking shows: Lessons in Chemistry by Bonnie Garmus follows a woman in the 1960s trying to make it as a scientist in a male-dominated lab who, after a series of unexpected events, becomes the star of an afternoon cooking show. The Kitchen Front by Jennifer Ryan intertwines the stories of four women during World War II who enter a cooking competition to become a BBC radio show host. Both are delightful reads featuring strong female characters.

One of the best nonfiction books I read this year was Clint Smith’s How the Word is Passed, which examines the ways in which the legacy of slavery is (and more often is not) grappled with at various sites across the country. It is beautifully written and incredibly informative.

For my annual bout of armchair mountaineering, I enjoyed The Third Pole by Mark Synnott, an account of the expedition that sought to find Sandy Irvine’s body and camera to determine if Mallory and Irvine ever made it to the summit of Everest. I also watched The Alpinist more times than I care to admit.

This year I read a lot about criminal justice, while writing my book on depopulation in Detroit. I was moved by Jonathan Miller’s well-researched book Halfway Home: Race, Punishment, and the Afterlife of Mass Incarceration, which combines personal accounts of how mass incarceration have touched his life with lucid vignettes on the inequalities of these punitive policies. I also highly recommend the unnerving biography of Detroiter Shaka Senghor, Writing My Wrongs: Life, Death, and Redemption in an American Prison. This former young drug dealer spent 19 years locked up in Michigan prisons. His book describes the problems of urban violence and mass incarceration with a keen eye for its most wrenching details.

On a lighter note, I wind down by reading and watching mindless entertainment. I often read the improbable ”The Hunt,” real estate buying stories in The New York Times, a far cry from the financial experiences of most first-time homebuyers. For those seeking true escapism, with a dose of reality TV and ad-hoc meditations on what truly matters in life (companionship, shelter, having enough to eat, pursuing your passions), I also recommend the History Channel survival series Alone.

My favorite content this year was the podcast Maintenance Phase. Hosts Aubrey Gordon and Michael Hobbes debunk the junk science behind health and wellness fads and products with a delightful mix of humor and dismay. I also enjoyed This Way Up, a comedy-drama about a pair of Irish sisters living in London, one of whom is recovering from a nervous breakdown. And years behind the rest of the world, I finally read and enjoyed The Immortal Life of Henrietta Lacks by Rebecca Skloot, about the woman whose cells were taken without her knowledge or consent, and were vital in the development of the polio vaccine, cancer research, in vitro fertilization, and gene mapping. The story of Henrietta Lacks (also known as “HeLa”) is inextricably connected to the history of experimentation on Black Americans, the birth of bioethics, and the legal question of whether or not we control what we are made of.

Looking back on what I read and watched this past year I realize that one drawback of getting back to normal travel is that I didn’t read or watch as much as recent years! A couple of books that stand out were novels, both set in Los Angeles, featuring interesting and unusual characters, with an engaging story line and which fundamentally wrestle with questions of race in America. The first was The Sellout by Paul Beatty and the other was The Right Mistake by Walter Mosley. I also enjoyed a first novel, Native Air, written by my college roommate Jonathan Howland, which investigates male friendship through the relationship formed between rock climbing partners. While the rock climbing descriptions were fairly technical, the richly drawn characters, engrossing plot, and beautiful writing made for a great read (it was, in fact, the Grand Prize winner of the 2022 Banff Mountain Book competition). Lastly, I have to give a shout out to a couple of very good new books we featured in Center research seminars this past year: Fixer Upper: How to Repair America’s Broken Housing Systems by Jenny Schuetz and Red Hot City: Housing, Race, and Exclusion in Twenty-First-Century Atlanta by Dan Immergluck. Both books provide valuable insights into our nation’s housing challenges and what we can do to address them.

This year, the books that stayed with me challenged my way of thinking, diving into weighty topics and emotions and offering no easy answers. Minor Feelings: An Asian American Reckoning by Cathy Park Hong illuminates the complicated baggage that comes with Asian American identity while acknowledging the tenuousness of the category itself. (It also led me to the powerful meditation on racism Citizen: An American Lyric by Claudia Rankine.) Homeland Elegies: A Novel by Ayad Akhtar is another somewhat-autobiographical work that addresses the day-to-day indignities immigrants face, the Trump presidency, and Muslim American identity in the post-9/11 era, among other things.

One book that took me by surprise was The Right to Sex: Feminism in the Twenty-first Century. Amia Srinivasan deftly dissects controversial topics—such as the concept of anyone having a "right to sex"—in a series of essays that are both empathetic and eminently readable. The Actual Star by Monica Byrne also caught me off-guard with its millennia-spanning narrative that makes a Mayan-inspired, post-climate apocalypse world sound kind of nice. Finally, Activities of Daily Living: A Novel by Lisa Hsiao Chen ties the difficulties of caring for a parent with dementia together with the agonizing performances of a Taiwanese-American artist who once locked himself in a cell for a year. It never quite coheres and somehow, that's okay.

Communities, households, and what we do in our homes were key elements in three books I particularly enjoyed this year. Trying to build community is the focus of Akash Kupar’s Better to Have Gone: Love, Death, and the Quest for Utopia in Auroville, a compelling, poignant, and sometimes tragic story about an international utopian community in South India founded in 1968. Three houses and the people living in them are central settings for The Weight of Ink, an astonishing novel by Rachel Kadish that focuses on a cache of long-hidden letters written in the mid-1600s by an orphaned Jewish woman living in plague-ridden London. Finally, Benjamin Lorr’s The Secret Life of Groceries: The Dark Miracle of the American Supermarket is an engaging and fascinating examination of how the food we eat in our homes gets on the shelves of our food stores.

2022 was packed with a great range of new books on housing, and I would highly recommend those that looked at the physical quality of our homes and how we fix them. Shout out to Robin Bartram’s Stacked Decks: Building Inspectors and the Reproduction of Urban Inequality, which she shared in a research seminar at the Center last month. Along the same lines, I was on the lookout for pieces that examined how our homes contribute to climate change and are at risk from its effects. No books (yet!) but some comprehensive media articles such as “What climate change will mean for your home” (featuring Dr. Miyuki Hino) are good reads. Otherwise, I’m still catching up on my 2021 list. In that deck are books like Casey Dawkin’s Just Housing: The Moral Foundations of American Housing Policy. For non-housing fun, I highly recommend watching Reservation Dogs and Los Espookys (though housing does feature in both). Expect more on homes and energy bills next year when the Inflation Reduction Act kicks in (P.S. I read the IRA but it’s not exactly recommended bedtime reading).

Two books swept me expansively through time this year while centering around a narrow and specific place. The first, The Love Songs of W.E.B. Dubois by Honorée Fanonne Jeffers followed eight generations of a Black and Indigenous family rooted in one fictional region of the rural South. The setting both created opportunities for the characters in each generation and imposed limitations on them. The place in this book echoed with experiences of family members who lived lifetimes apart. The second, Hanya Yanagihara’s To Paradise used a particular townhouse in Greenwich Village to frame three distinct stories of attempted utopias, each set one hundred years apart. Set in an alternative past in 1893, the first story considered a region that separated from the former United States to found a (seemingly) inclusive society. The second story found the same house at the height of the AIDS epidemic and decorated it in artifacts and themes of twentieth century colonialism. The final story imagined the now-familiar house existing in a future of disease, climate change, and totalitarianism. In both of these books, geography linked families and shaped experiences for each generation that tried (and sometimes succeeded in) making their lives a little bit better.

Catching up with old books as usual, this last year I got around to reading Peter Guralnick’s Sam Phillips: The Man Who Invented Rock ‘n’ Roll. It’s a wistful story about a man growing up poor in the South with a passion for music, particularly African American music, a deep intuition about where music taste was going in the 1950s, and an unfortunate naiveté about business practices. In Memphis, his Sun Records discovered and helped launch so many greats—Ike Turner, Elvis, Johnny Cash, and the recently deceased Jerry Lee Lewis—but to the end of his life Phillips regretted losing the one who, to him, represented pure American music; before Phillips could sign him, Howlin’ Wolf, the preternaturally great blues artist, was snatched away by the hard-charging Chess brothers in Chicago. With all the talk of apocalyptic politics recently, I revisited the two dystopian classics of the twentieth century, Aldous Huxley’s Brave New World and George Orwell’s 1984 (with a foreword by Thomas Pynchon in the recent edition). It is amazing how prescient each is in very different ways and also surprising (to me) that the question of whether romantic love can survive in modern society propels both stories.

When I wasn’t watching TV, I did get through a couple of memorable books this year! Boyle Heights by George J. Sánchez is an informative exploration of the civic, political, and cultural past of a multiethnic Los Angeles neighborhood. I also learned a ton from Manufactured Insecurity by Esther Sullivan, which examines the causes and consequences of housing insecurity in mobile home parks. Dr. Sullivan’s interviews with residents were emotionally impactful and, along with the data she presents, highlight the importance of manufactured housing, particularly for low-income residents.

One of the best scientific nonfiction books I’ve read was The Human Planet, which traces the far-reaching geologic impacts of human activity. Authors Simon Lewis and Mark Maslin weave together human history and geologic evidence to present a thorough and convincing definition of the “human epoch” we are currently living in. Several years after this book came out, the Anthropocene has still not been formally added to the Geologic Time Scale, although expert deliberations have been getting closer just last week. This book inspired me to rewatch the (tangentially related and completely mesmerizing) BBC Planet Earth and Planet Earth II series.