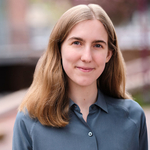 Corinna Anderson is the Publications Coordinator at the Joint Center for Housing Studies. She manages production of working papers, blogs, and other research, handles copyright inquiries, and supports...

A look back at our most-read blogs shows that specific effects of the pandemic on housing markets, racial disparities in housing, and national living patterns grew clearer this year, though many questions remain.

1. The Extraordinary and Unexpected Pandemic Increase in House Prices: Causes and Implications

Our top blog of the year was senior fellow Don Layton’s case that the downturn-defying, strong housing price growth seen in 2020 was not merely a distortion but a fundamental change precipitated by the new pandemic reality. Layton also unpacked the implications of the Supreme Court’s decision to eliminate the FHFA director’s independence, as well as other changes this year at the GSEs and the Treasury under the Biden administration.

2. Are Millennials So Different from the Generations Before Them?

Former Center postdoctoral fellow Hyojung Lee examined assumptions and realities of the trajectory of the much-scrutinized millennial generation. Addressing the question of whether an “urban exodus” will occur as millennials age, he found that the oldest millennials are indeed moving away from cities, but an increasing number of young adults, including many late millennials, are seeking out urban living.

Also tracing the present-day effects of systematic racial discrimination, research assistant Sophia Wedeen found that pandemic pressures exacerbated preexisting inequalities. Renter households of color already faced higher housing cost burdens, but since the pandemic began Black and Hispanic renter households were twice as likely as white renter households to be behind on housing payments and at risk of eviction.

5. After a Brief Return, Young Adults Quick to Move Out of Parents’ Homes as the Pandemic Continues

Despite a publicized pandemic surge in young adults returning home to their parents, senior research associate Daniel McCue found that this trend was short-lived. By the close of 2020, the share of adults aged 25-29 living in parents’ homes had returned to normal levels, while the share of those aged 18-24 living with parents was only slightly elevated.

6. Young Families and the Growing Number of New Single-Family Rentals

A record number of single-family rentals were built in 2020, but senior research analyst Alexander Hermann found that their appeal for younger, modest-income families with children means that further growth is needed. He also charted the skyrocketing prices in most US housing markets as part of our 2021 State of the Nation’s Housing report, which offers an expanded view of developments in the second year of the pandemic.

7. Single-Family Zoning: Can History Be Reversed?

The discriminatory history of single-family zoning still reverberates today, as senior research fellow Alexander von Hoffman recounted. A look into the roots of these policies shows that while eliminating single-family zones in US cities is necessary to address the racial segregation they enabled, it is not alone sufficient to address other obstacles to multifamily residential development.

8.  How Has the Pandemic Affected Landlords?

To gauge the effects of the pandemic on landlords, former Center research assistant Elijah de la Campa and University of Pennsylvania professor Vincent J. Reina surveyed rental property owners in ten US cities for a paper produced as part of the Housing Crisis Research Collaborative. They found that rent collection was down significantly in 2020, and that renter households of color have been more likely to face punitive landlord action.

9. Interactive Tool Illustrates the Disparate Economic Impacts of the Pandemic

Updating data released the previous year, research associate Whitney Airgood-Obrycki found unequal financial impacts of the pandemic refracting across racial, tenure, and age lines. While 45 percent of all households lost employment income between March and December 2020, effects were magnified for low-income households, renters, and households of color, with Black renters most likely to be behind on housing payments at the end of the year.

10. Despite Devastating Effects on the Broader Economy, Pandemic Has Been a Boon for US Home Improvement

On a rare positive note, our 2021 Improving America’s Housing report found spending on home improvements and repairs grew more than 3 percent in response to pandemic needs, even while the US economy shrank in 2020. Former project director of the Remodeling Futures Program Kermit Baker, who retired in 2021 after 25 years at the Center, recounted how DIY renovations surged as the sudden shift to remote work increased demand for larger homes and new interiors.