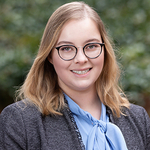 Sophia Wedeen is a Research Assistant, working on projects related to residential remodeling activity and affordable rental housing. Prior to joining the Center, Sophia worked as an analyst for the...

While the COVID-19 pandemic is having substantial economic effects on renters throughout the United States, its impact could be particularly dramatic in the 23 major metropolitan areas that already faced severe affordability challenges and had high shares of renters working in at-risk industries. Using data from the 2018 American Community Survey, I examined the share of renters working in industries vulnerable to job losses and the share of renters that are severely cost burdened (spending more than half of their incomes on housing) in the 100 largest metropolitan areas in the country. By identifying metropolitan areas with existing economic vulnerabilities, this analysis shows where the unfolding crisis and resulting job losses may have the largest impact on rental markets.

Recent employment losses have been steep and have varied widely by industry. In their latest CES Highlights report, the Bureau of Labor Statistics reported that nonfarm employment fell by over 20 million jobs this April. In a recent blog post, my colleague Whitney Airgood-Obrycki used existing research to establish a list of industries that are likely to lose the most jobs in a COVID recession. According to her analysis, “at-risk” industries include retail, services, recreation, transportation and travel, and oil extraction, and renters in those jobs already had lower wages and high cost burdens. Because at-risk jobs are more common in some cities, and major metros across the country were unaffordable to many renters even before the pandemic, COVID-related job losses will have different impacts across metros.

In order to categorize the 100 largest US metros, I divided them into quartiles: the first at-risk jobs quartile represents the 25 metros with the lowest share of renters with at-risk jobs, while the fourth quartile represents the 25 metros with the highest shares. Metros were similarly categorized by share of severely cost-burdened renters with the fourth quartile being those with highest shares. I examined the at-risk jobs and severe cost burden measures separately and then highlighted metros that have high shares of both at-risk jobs and severe burdens. The full data table is available here (Excel).

Figure 1: Metros Throughout the South and West Have High Shares of Renters Working At-Risk Jobs

Notes: At-risk jobs are defined as those in retail, services, recreation, transportation and travel, and oil extraction.

When COVID hit, at-risk jobs were heavily concentrated in parts of the South and West (Figure 1). The share of renters working in these industries ranged from as high as 41.8 percent in the Las Vegas metro to as low as 21.1 percent in the Worcester, MA metropolitan area. The Las Vegas metro, a tourist hub, had the highest share of renters in at-risk jobs by three percentage points. The metros with the next highest shares of renters working precarious jobs were Provo, UT (38.8 percent), followed by Orlando (38.3 percent), Ogden, UT (35.3 percent), and Lakeland, FL (34.6 percent). The share of renters working at-risk jobs tended to be lower in the Midwest and parts of the East Coast. In the Midwest, Milwaukee ranked third from the bottom out of 100 metros for this measure. Only 22.3 percent of renters in Milwaukee worked in at-risk industries. And on the East Coast, Worcester, MA ranked last, with only 21.1 percent of renters working in at-risk industries. In addition, the shares of severely cost-burdened renters were particularly high in metros throughout South and West, according to an interactive map we released with our latest America’s Rental Housing report.

Figure 2: Metros Where Renters Have Both At-Risk Jobs and Severe Cost Burdens

Notes: At-risk jobs are defined as those in retail, services, recreation, transportation and travel, and oil extraction. Households are considered severely cost burdened if they spend more 50 percent of their income on housing.

How do the locations of at-risk jobs overlap with existing affordability challenges for renters? Out of the 100 largest metropolitan areas, 23 ranked in the top half for both the share of renters working at-risk jobs and the share of renters with severe cost burdens (Figure 2). These metros are geographically widespread. They can be found throughout the West and the South as well as in New York. The only region without any metros in the top half for both measures is the Midwest.

I also estimated what would happen to cost burden rates if all renters working at-risk jobs in these 23 metros lost their wages and did not receive any type of government assistance such as unemployment benefits. On average, the share of renters with severe cost burdens would climb by nearly ten percentage points in each of these metros. The share of severely cost-burdened renters in the Las Vegas metropolitan area would increase by 19.1 percentage points, to 46.0 percent of all renter households. Additionally, 44.5 percent of renters in the Miami metro area would be severely cost burdened, as would 43.2 percent of renters in New Orleans. Even the McAllen-Edinburg-Mission, TX metro area, which ranked last among these 23 metros for severe renter cost burdens, would see an increase of nearly ten percentage points, to 35.3 percent of all renters. Losing these at-risk jobs would only further the instability of many of these renter households and the metros in which they are located.

Figure 3: Of the Largest Metros in the US, 10 Are in the Top Quartile for Renter Cost Burdens and Renters in At-Risk Jobs

Notes: At-risk jobs are defined as those in retail, services, recreation, transportation and travel, and oil extraction. Households are considered severely cost burdened if they spend more 50 percent of their income on housing.

Out of those 23 metros, ten metros faced particularly severe challenges, ranking in the top quartile for at-risk jobs and for severe renter cost burdens (Figure 3). Over half of these metros are located in the South. Six of them – Las Vegas, Los Angeles, Honolulu, New Orleans, Orlando, and Miami– are major tourist destinations that rely heavily on the service industry. Early statistics already show large employment losses in some of the states in which these ten metros are located; Nevada and Louisiana – with economic hubs in Las Vegas and New Orleans – ranked 6th and 8th in unemployment claims since mid-March. If all of these jobs were lost, severe cost burdens for renters in these tourism-heavy metros could increase by 19.1 percentage points in the Las Vegas metro area, 14.6 percentage points in Orlando, 11.7 points in New Orleans, 11.2 points in Honolulu, 10.4 points in Miami, and 8.9 percent in Los Angeles.

Together, a high share of renters working at-risk jobs combined with high existing housing cost burdens position some metros for significant fiscal and social challenges. Widespread job losses in these metros would increase the risks of rent non-payment, eviction, and homelessness. State and local governments would also face additional fiscal strain deploying services and resources to meet this increased need.

The cities within and the states that encompass these ten metros have responded differently to the potentially precarious situation that renters with at-risk wages are likely to face. At the federal level, the CARES Act bans eviction filing for properties with federally backed loans. However, evictions are still reportedly happening in many of these properties. States and cities have also put their own measures in place. Hawaii, for example, has a temporary moratorium on all residential evictions through May 31. San Diego banned evictions for renters who could demonstrate financial hardship due to the COVID-19 crisis. Los Angeles county banned evictions through June 30 and allowed renters a six-month repayment period following the end of the eviction moratorium. The city of Las Vegas is covered by Nevada’s statewide eviction ban, and the Miami-Dade County police department suspended eviction enforcement in March. However, not all states or cities have passed these moratoriums. According to the Eviction Lab, Louisiana, South Carolina, and Florida all ranked poorly on protecting renters from eviction orders and providing little short and long-term support for renters.

While this analysis identified 23 metro areas with vulnerable renters – and ten with particularly severe vulnerabilities – state and local governments and renters across the country will face similar problems. Pausing evictions may not be enough to keep renters in their homes. Even with temporary moratoriums on evictions, households will potentially owe months of back rent, and longer-term rental assistance will be needed to prevent evictions and support renters in the coming months.