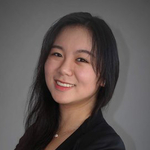 Dixi Wu is an MDes Real Estate and Master of Architecture joint degree student at Harvard Graduate School of Design. She worked as a research assistant at the Joint Center of Housing Studies and has...

Inclusionary and Incentive Zoning in the Six New England States

Almost 200 localities in all six New England states—Connecticut, Maine, Massachusetts, New Hampshire, Rhode Island, and Vermont—use inclusionary zoning programs to help spur the construction of affordable housing. Research I did for this summer identified important similarities and variations in how these programs are structured. My research was part of a project examining the nature and extent of housing affordability issues in the six states, particularly for low-income households and households of color. The research, which was funded by the Federal Home Loan Bank of Boston (FHLBB), will help the bank and members of its Advisory Council develop the bank’s annual Targeted Community Lending Plan and its Affordable Housing Program Implementation Plan.

In New England, housing affordability challenges are pervasive due in no small part to an insufficient supply of housing, particularly at the low end of the market. As a result, in 2019, 46 percent of renter households in the region were cost burdened, paying more than 30 percent of their income for housing. One mechanism to address these affordability challenges, adopted by localities in all six New England states as of 2019, was inclusionary or incentive zoning. Almost three-quarters of these programs were in Massachusetts, which has a particularly strong state law (Chapter 40B) that can compel localities to accept developments that include affordable units. Another 18 percent were in Connecticut and Rhode Island, which have similar but weaker state laws. The remaining programs were in the three states that do not have similar laws: New Hampshire (9 percent), Maine (1 percent), and Vermont (0.5 percent).

Differences & Similarities in the Programs

Figure 1: Fully Two-Thirds of Inclusionary Housing Programs in New England Are Mandatory, with New Hampshire Being the Most Notable Exception

Note: Data show the number and share of jurisdictions with inclusionary or incentive zoning programs in New England and by state.

Are the Programs Effective?

Local policymakers must make a range of decisions about how inclusionary housing programs are ultimately implemented. Program effectiveness not only depends on these details but on other factors such as local and regional market conditions, community preferences, the broader economic context, state-level laws that guide local land-use policymaking, and, of course, the local, regional, and statewide political climates in which key policy decisions are discussed, shaped, and made.

While inclusionary and incentive zoning are among the most common local tools used to spur the production of affordable housing, a handful of localities also have adopted other tools, such as linkage programs, creating affordable housing trust funds, and encouraging the development of Accessory Dwelling Units. While none of these tools on its own can address local or regional housing needs, each can play a useful role in helping make housing more affordable for all of the region’s residents.

Figure 2: Municipalities in Massachusetts and Rhode Island (But Not Connecticut) That Met State Housing Goals Were More Likely to Have Inclusionary or Incentive Zoning

Note: Data show the number and share of jurisdictions with inclusionary or incentive zoning programs.