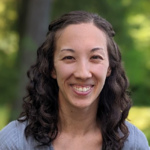 Allison Hyatt is a Researcher with the Carbon Leadership Forum at the University of Washington. As a graduate student, her research assessed metrics to compare among operational carbon savings...

While energy consumption in new homes is decreasing thanks to stricter building codes, there is a dearth of performance standards for retrofits to older residences and those that do exist rarely include enforceable or quantifiable carbon reductions. To provide additional guidance for decarbonizing existing homes, my master’s thesis, which was named a best student paper on housing by the Center last year, proposes a framework that can help identify the greatest opportunities for residential carbon reductions.

I found that considering anticipated changes to lower-carbon fuel sources for electricity generation and assigning a time-weighted value for carbon emissions can significantly impact assessments of which retrofits are likely to save the greatest amounts of carbon at the lowest price. Using this approach could help policymakers, design professionals, activists, and homeowners choose from a variety of decarbonization strategies.

In my thesis, I assessed the carbon- and cost-effectiveness of three decarbonization strategies for residential retrofits:

I broke down each strategy into distinct retrofit interventions. In comparing these approaches, I not only looked at the operational carbon reductions associated with different interventions, but also assessed three additional factors:

These factors are often excluded from analysis of energy performance upgrades, or, if they are included, are rarely analyzed all together.

Envelope upgrades across the cities tended to rank highest in terms of carbon reduction per dollar spent. This suggests that in existing homes without proper insulation and air sealing, upgrades would significantly reduce both GHG emissions and energy costs. Moreover, envelope upgrades in homes with higher energy consumption, often in colder climates like Chicago, yielded greater life-cycle carbon reductions than similar upgrades in Los Angeles or Houston. In Los Angeles, PV upgrades made financial sense but did not reduce as much carbon as other retrofit interventions. Also, because California’s grid already relies on a high share of renewables, the electrification retrofits in Los Angeles made more sense from a carbon-standpoint than they did in the other two cities.

Since grid-level emission rates would decrease with grid-level improvements, electrification upgrades tended to rank higher when those improvements are taken into account. In Houston for example, as the grid decarbonizes, switching from gas to electric heating would quickly yield particularly large carbon reductions. On the other hand, as grid-level emission rates decrease, home retrofits focused on renewable energy tended to rank lower than before. And accounting for the TVC generally caused retrofits with high initial carbon investments, such as the addition of heat pumps with carbon-intensive refrigerants, to drop in ranking.

These results show that considering life-cycle carbon and the TVC can significantly affect assessments of different approaches to decarbonizing existing homes. Given the growing interest in reducing carbon emissions associated with existing homes (including substantial new federal funding for such efforts), the methods detailed in my thesis can hopefully help researchers, policymakers, designers, and, ultimately, homeowners make more informed decisions about decarbonizing the existing residential building stock.