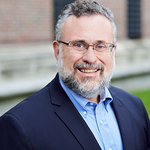 How is Digitalization Changing the Design and Construction of Housing?

Could digitalization significantly change how housing is designed and built? If so, could those changes reduce the cost of producing housing and/or improve design?

Two new working papers and one new commentary conclude that while these changes haven’t yet occurred, there are promising signs on the horizon. The three pieces were presented at our March 2022 symposium, which examined how digitalization is affecting all aspects of housing.

One paper, “Modularization Precedes Digitalization in Offsite Housing Delivery,” asserts that digitalization alone cannot spur the long-discussed but not-yet realized promise that modular construction (and other forms of offsite construction) will reduce the cost of building new housing and improve its quality. Rather, those shifts (and greater use of digital tools) will only occur when entities adopt “platform thinking”—systems that use the modules to take advantage of the economies of scale associated with standardization but are flexible enough to respond to customers’ needs and preferences, assert the paper’s authors Ivan Rupnik (Northeastern University), Ryan E. Smith (University of Arizona), and Tyler Schmetterer (MOD X LLC). This approach has not only “allowed other industries to increase productivity” but also is being used by offsite constructions firms outside the US, including Sekisui Heim in Japan and Lindbäcks Bygg in Sweden. The international examples also underscore the importance of creating industry-wide standards for modular and offsite construction. In Japan, for example, the catalyst for change was seeded by the Ministry of Construction certifying factories instead of permitting projects among other efforts. Similarly, in Sweden, modifications in the building code to permit taller wooden buildings set the stage for offsite housing companies to innovate. In the US, such successes are fueling “a growing consensus” around the need for similar efforts, some of which are underway.

In the other new paper, “Artificial Intelligence for All: Perspectives and Outlooks on the Role of Machine Learning in Architectural Design,” Jose L. García del Castillo y López (Harvard Graduate School of Design) notes that groundbreaking developments in Artificial Intelligence (AI) and Machine Learning (ML) could speed up how housing is designed and built and, in turn, reduce the cost of production. In particular, AI and ML make it possible to iterate design approaches more quickly, which, in turn, should reduce the time it takes to develop final plans for projects. Given the “relative simplicity of the program for residential units,” and the “ubiquitous demand for housing,” this should lead to widespread adoption of AI and ML tools for housing. Moreover, it could mean that housing will be “the best candidate for the earliest forms of complete and fully autonomous AI-generated architecture.” In contrast, AI and ML probably will not have a drastic impact in the production of singular architecture (office, civic, or government buildings) because these projects tend to be more complex and unique, and speeding up the iterative design process is not as valuable as it is in housing.

Taken together, the two papers show that “digital transformation in housing design and construction is a complex, but not insurmountable, socio-technical challenge,” observes the commentary by Elizabeth Bowie Christoforetti (Harvard Graduate School of Design; Supernormal). Indeed, she notes that digitalization “provides more than the potential to deliver more and better living accommodations, it is the tip of the spear in understanding how design is changing in response to digital transformation, and whether digital transformation is a public good worthy of public investment.”

The symposium papers (along with a previously released framing paper) are the first in a series that will focus on how digitalization is changing all aspects of housing; whether those changes are likely to advance (or stymie) efforts to address challenges related to housing affordability, equity, resiliency, and livability; and what kinds of policies might spur desired changes or exacerbate existing problems. Forthcoming papers will focus on investments in housing, housing search, mortgages, how homes are used, and housing planning and regulation.