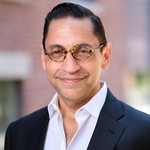 Carlos Martín is Project Director of the Remodeling Futures Program, and has over 25 years of experience researching housing technology and the physical quality of existing homes. Dr. Martín's...

Repairs after major disasters are an increasing portion of home improvement activity, but there are many households who either cannot afford these repairs, or who are not in a position to recover from these events quickly, such as renters. Managed by the US Department of Housing and Urban Development, the Community Development Block Grant Disaster Recovery (CDBG-DR) fund helps cities, counties, and states recover from presidentially-declared disasters. The program fills needs that remain after a disaster and after other assistance is exhausted. These are needs that persist particularly for residents who cannot recover on their own. Disasters have a long-term negative impact on the housing and household finances of survivors for years after the event and, without assistance, the impact is longer and deeper. The depth of impact holds true across jurisdictions regardless of their size or populations, of the severity of disaster damages, or of the political composition of state and local leaders. CDBG-DR has made a quantitative and qualitative difference in many survivors’ lives. And while Congress has relied on CDBG-DR to provide flexible, long-term recovery assistance to communities in need, Congress has not provided permanent authorization for the program.

Despite the effectiveness of CDBG-DR, there is of course room for improvement to the program. HUD’s Office of Community Planning and Development (CPD) has been forthcoming about the improvements identified by its own staff and from past and current grantees. And they have acted on them. One study I conducted for HUD’s Office of Policy Development and Research noted an increased speed in HUD’s processes over a decade of disasters beginning with Hurricane Katrina in 2005. But opportunities exist for 1) consistency, 2) efficiency and speed, 3) comprehensively serving the most severely affected communities and households, and 4) monitoring compliance with all federal statutes.

As I testified in a Senate hearing at the end of last year, CDBG-DR’s lack of permanent statutory authority has impeded consistency. If the program were codified through permanent, congressional authorization, it could yield consistent rules; standardized and more sophisticated reporting and recordkeeping; and more uniform technical assistance offerings. There are also benefits for HUD and its grantees in their planning and timing from the consistency that would be established through permanent authorization.

Next, speed is impeded by the uncertain and delayed access to funds. In my study, the length of time between the disaster and HUD’s allocation—that is, the federal activity before state and local grantees are directly involved—shapes the time after in which grantees design, launch, and ramp up their programs. I have encountered numerous cases where jurisdictions were unable to plan, act, and/or inform households of their options because of the lack of knowledge about whether and when funds would come. This omission leads to suboptimal recovery for everyone. Efficient—and early—resources and knowledge make a difference in lives and livelihoods.

HUD’s general CDBG program has a requirement to serve low-to-moderate income households that could be pursued even more deeply with a permanently authorized CDBG-DR. Research shows that survivor households continue to slip through the cracks because they lack the resources to wait or absorb delay and change. Extremely low-income households and renters are particularly vulnerable. These groups suffer from even modest financial hits and personal damages. They could benefit from the changes I have already mentioned simply because clearer rules and faster funding would help jurisdictions catch them before they slip through the cracks.

But with these changes, there is an increased responsibility to make it easier for the most vulnerable households to apply, qualify, and access assistance. HUD and its grantees could also aggressively expand robust, consistent, and transparent data about the household beneficiaries once given the breathing space of permanent authorization and early fund dispersals. Ensuring that data gaps are filled will help HUD and the federal government confirm that grantees will both use funds effectively and in ways that target households with the most severe and ongoing vulnerabilities.

The Community Development Block Grant Disaster Recovery fund serves as a bridge between immediate crisis and long-term community development. Yet, that bridge has been temporary and ephemeral without the stability of statutory program authority or the security of resources to let households and communities decide their path to becoming whole. Future disasters are certain. We must respond with equal certainty and purposeful clarity.